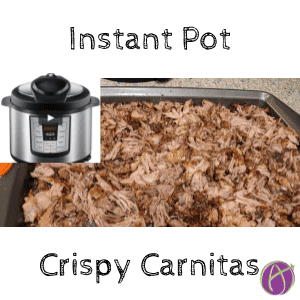 Does this have nothing to do with EdTech… probably? Although the popularity of the Instant Pot and the communities that have sprung up around it could be a model for modern learning and sharing. I was at Dave and Shelley Burgesses house the other day (if you don’t have them, I highly recommend their books Teach Like a Pirate and Lead Like a Pirate) and I saw they had an Instant Pot… in a box. Crispy carnitas needed to be made. The best way to learn something is to do it, so we all pitched in and threw stuff in this pot. Since posting the picture I had several requests for the recipe. I can only rewrite it so many times before I just want to say “it’s on my blog.” So here you go! 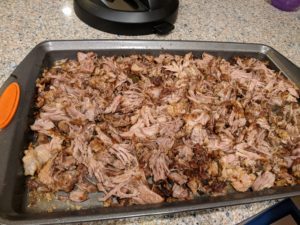 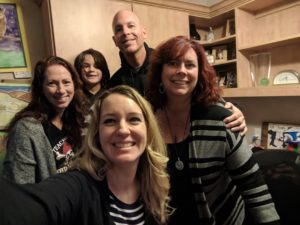 P.S. Another benefit of hanging with the Pirates is coming away with a stash of new books to read (and a couple to give away. Click Here to fill out a Form to win a copy of one of these books.) 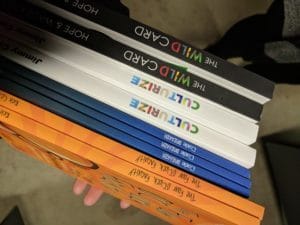 I originally got this recipe from pressurecookrecipes.com. I found the post to be really long and hard to follow the exact recipe since the directions were not all in one place and repeated in some places.

How I Do It

It’s almost impossible to do this wrong. I followed the recipe (kinda) the first time, after that I just throw stuff in the pot.

3-5 pounds of pork shoulder. FATTIER THE BETTER!
1 orange or 2-3 lemons or some limes or whatever you got
Salt (I prefer sea salt grinder)
Pepper (I prefer a course ground)
Crushed garlic (about 4 cloves)
Chopped onion
Red pepper flakes (recipe calls for ground cumin)
1 tsp cinnamon powder or a cinnamon stick
2 bay leaves
1 Tbsp light soy sauce
1 cup Chicken broth
Corn Tortillas
Limes for cutting up and squeezing onto tacos
Salsa for your tacos

The recipe calls for 2 inch cubes. I do find if they are too large that the meat is harder to shred (or you can leave it in the pot longer.) I put the meat in the pot with the bones still in it. The meat will be falling apart and the bones just slide off easily.

Squeeze some citrus in there. I have a lemon tree so free lemons it was! I saw zero difference between the orange and the lemon. We have found that you can not have too much citrus. The more the better! It really doesn’t matter what citrus just squeeze a bunch in there.

Omit the Salt. Use Pepper.

I left out the salt from the pot. But you’re supposed to salt and pepper the meat. I put a lot of course ground pepper because I like it and omit the salt… for now. So add pepper to the pot.

Chop up an onion or two. It will be be super cooked down. Throw in the pot.

Add a couple of bay leaves, sprinkle some cinnamon, pour a little soy sauce. Add some, or a lot (if you’re me) red pepper flakes. Or use the cumin the recipe calls for or put whatever else in there you like. It’s really hard to mess this recipe up.

Stir it up and wait 20 minutes to let the citrus and stuff marinate on the meat.

The first time I made the recipe I put in almost an entire can of chicken broth and then after that I thought, I’m too lazy to measure this I’ll just add the whole can. Came out fine.

Press the pressure button on the Instant Pot. Make sure it is on High. There is no start button so you just wait a couple of seconds and the part switches to “On.” You then have to wait for it to get to pressure before it actually starts the 30 minute timer. Make sure your Instant Pot release valve is on pressure and not vent.

If you have extra time… just let it chillax in the pot after the 30 minutes is up. At least another 30 minutes, if you have the time. If I’m pressed to have dinner at a certain time I will release the pressure as soon as the timer is up. Doesn’t hurt it to just let it hang out in the pot for an hour. It’s just getting more awesome the more time you wait.

When the 30 minutes is up, switch the release valve to vent and let it depressure for 15 minutes.

Open the lid and transfer all the meat to a baking tray with an edge to hold in the liquid.

Scoop the fat from the Instant Pot on top of the meat chunks on the baking tray. This keeps the meat from drying out when you put in the oven. Pour enough of the pot fat to create a small lake on the baking sheet. When you shred the meat you will shred in all that extra juice, amazing.

Instead of putting the salt in the pot I do my salt now. I use a sea salt grinder on course grind and salt all the meat. I’m pretty heavy handed to get that chunks of salt onto the meat.

Place under a broiler in the oven on high for 6-10 minutes. I find 6 is about right, watch it. You want it crispy but not burnt and dried out.

Again with the High Broiler

6-10 minutes on the other side under the broiler.

Use a fork and pull it apart. This is super easy, the meat is really just falling apart. Awesome. Now put it in anything. Heat up some corn tortillas (or fry them) and make some tacos or whatever you want to do with this meat. If you can get BBQ meat claws to shred it is a lot easier.

Put a Little Spice in Your Holidays