Home » Math » From @mathdiana: Have Students Talk About Math

From @mathdiana: Have Students Talk About Math 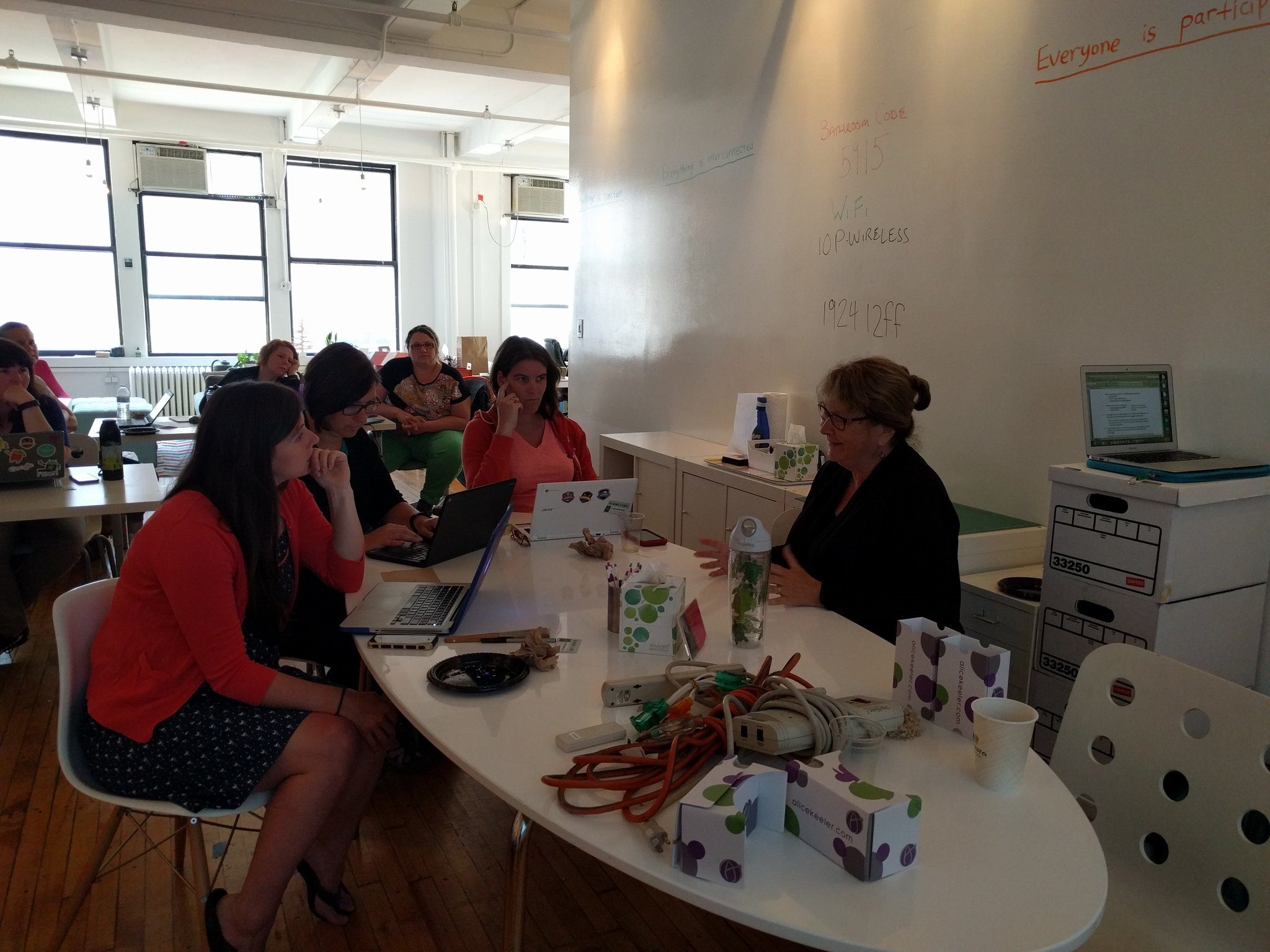 Diana Herrington was my co-author of “Teaching Math with Google Apps,” mentor, and friend. She is probably the most influential person in my life for an impact on my teaching and pedagogy. We nerded out together for two years to write this book. We would get together to write and it would take at least 2 hours before we would actually start on the book because we were sharing ideas and creating activities for her to use in her math class. They would try them out and we would add them to the book.

Diana Will be Missed

Sadly, she suddenly passed away this last week. Her dream was to start a scholarship, in her memory an endowment is being set up to provide scholarships at Fresno State where Diana taught after her retirement of 30 years teaching high school. You can contribute to the endowment at http://gofundme.com/dianaherrington.

Include Your Passion in the Math Lesson

Diana was always passionate about students being curious and seeing math in the world. She was an avid wildlife photographer and would use these photos in her math class. She had a knack for having students relate what they were learning to the real things she had interacted with on her last trip. By using her own photography in her math classes she was personalizing the lesson, it was something she had experienced and was sharing with her students. Her students get to know her better and apply their learning to real contexts; win!


Have Students Explore and Talk About Their Ideas

One of the biggest themes we talked about over these last couple of years was about students talking about math. Not just doing math problems but understanding them. Collaborating. Evaluating what the students know instead of what they do not know.

Using Desmos, Diana would ask “What does a Sine function do to a circle?” 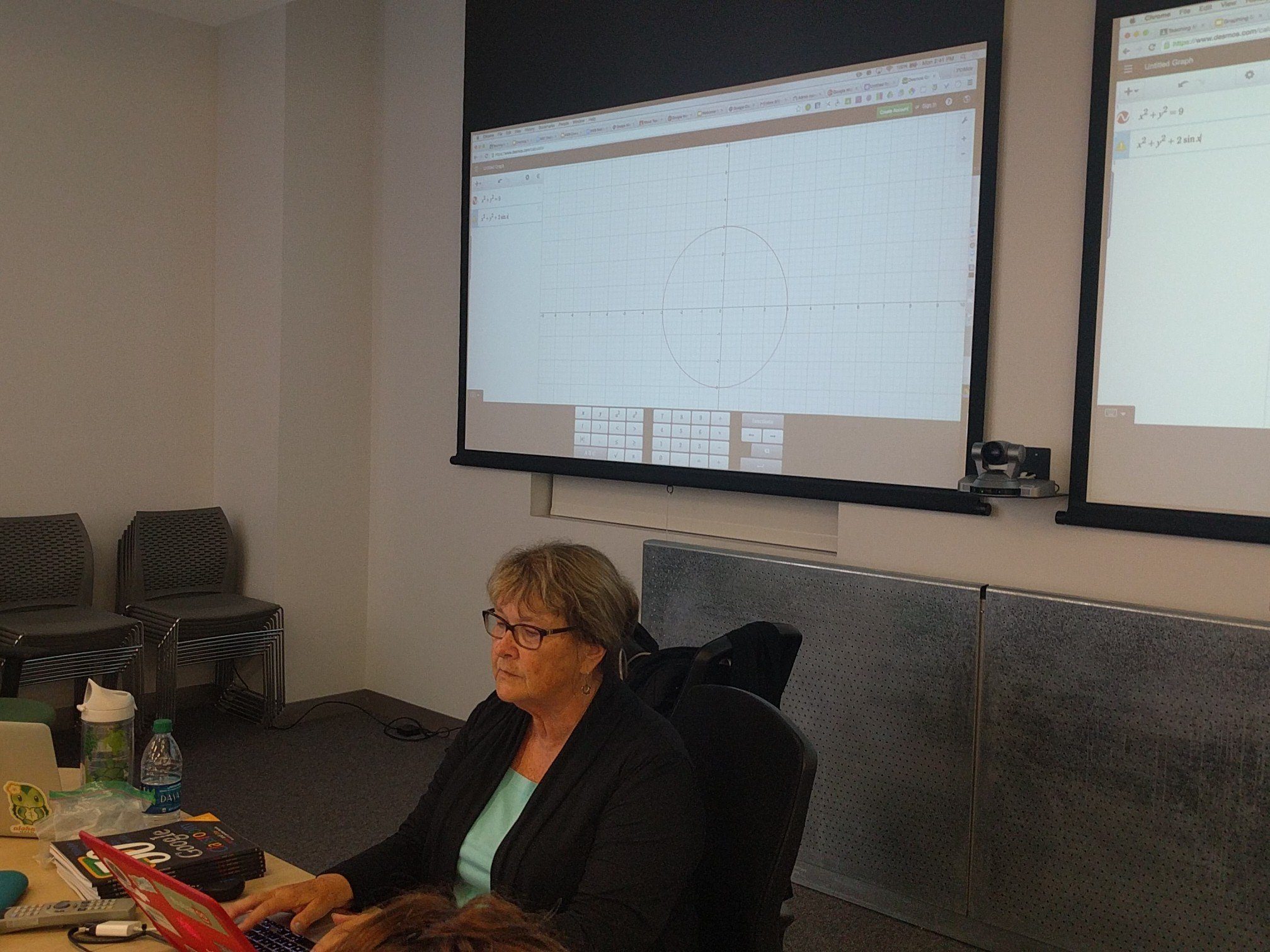 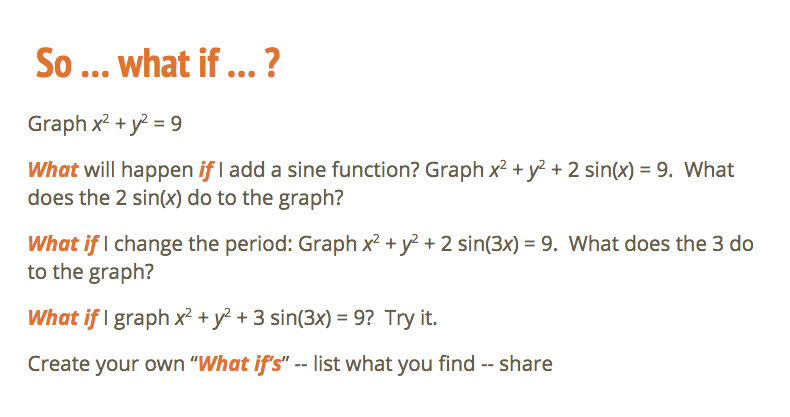 One thing that particularly fascinated Diana was she would add Sine to the circle formula in a way that caused it to “poop out a circle.” I of course for the life of me can not remember how she manipulated the below equation so that it pooped out the circle. She sure did enjoy it when it did though! Students could then talk about how they thought that might happen. Build their curiosity around math. 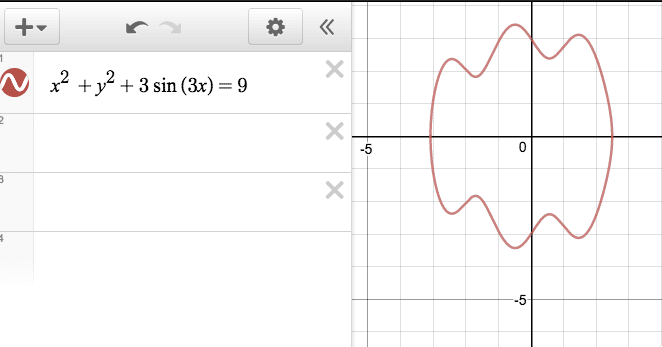 Her and I created a template around her idea of students having math conversations with her rather than cranking out math problems. Instead of doing 30 problems per day each week, she would let the students choose 3 problems. She then invested in providing feedback to help develop their thinking and understanding of the math concepts. She had back and forth conversations rather than grading the steps and correct answer. This allowed students to take risks in trying harder problems. When we take away the risk of failure of getting the wrong answer, students can explore the ideas and concepts to deepen their understanding. Students initially chose the easy problems but then once they realized they would get feedback to help them, 100% of Diana’s students would choose the hard problems. 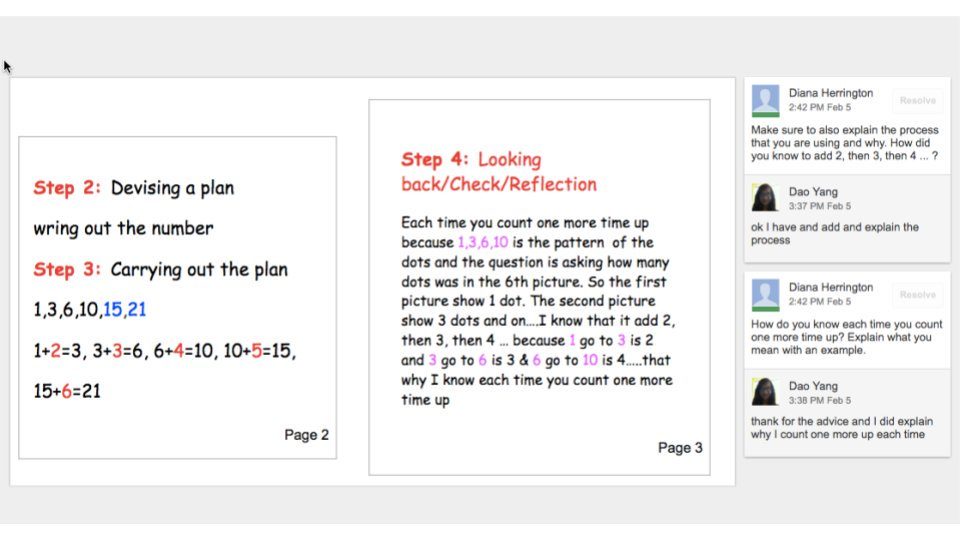 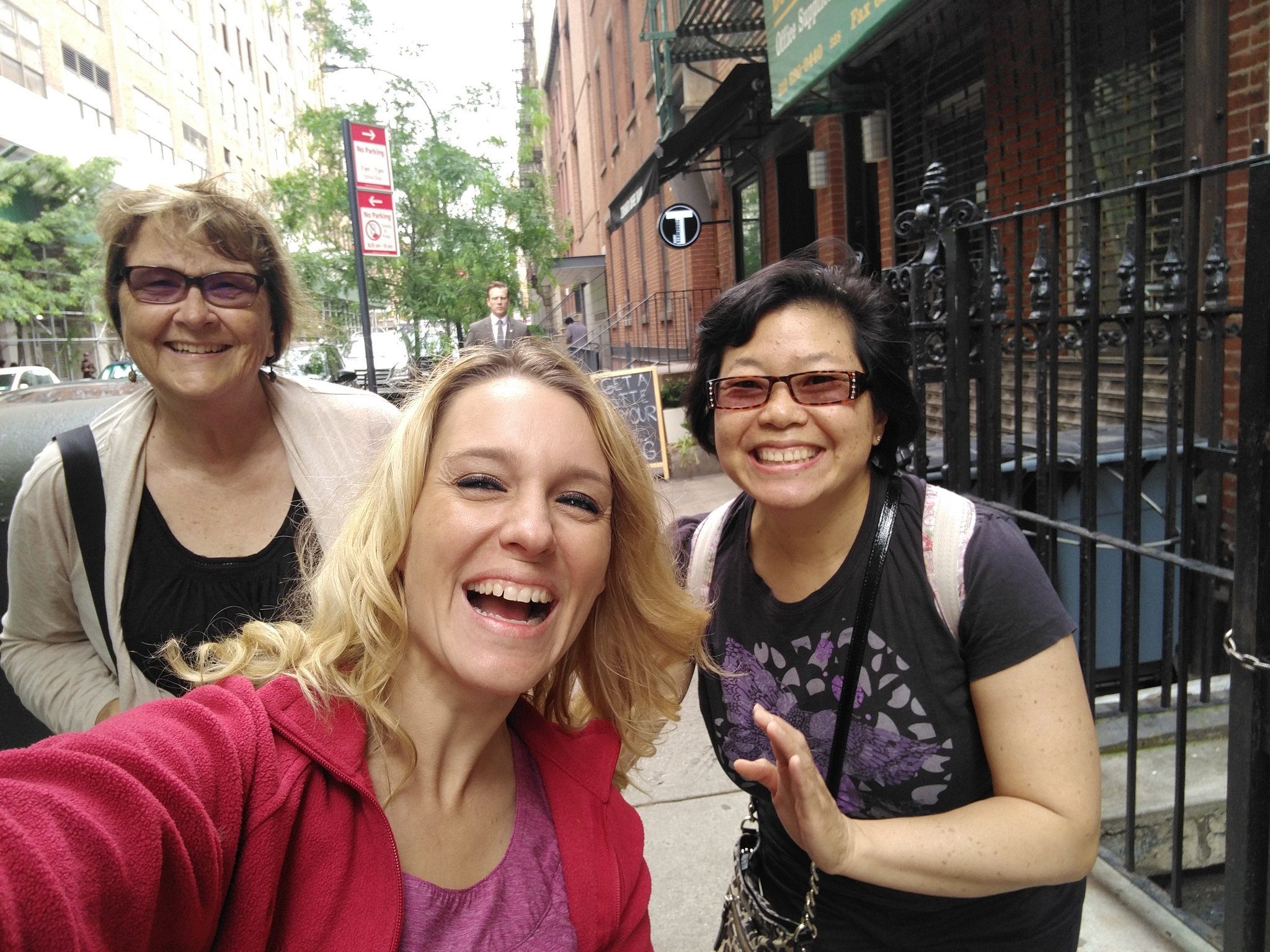 You would be hard pressed to find a picture of Diana not smiling. She loved her students, teaching, and math. This is me, Diana and our friend Cathy in New York city after we presented at the Google Office on “Teaching Math with Google Apps.”

I found a few of Diana’s quotes on Twitter:

.@mathdiana sharing how she doesn’t do “take a test and move on” she gives feedback and no grade… Students respond #googlemath pic.twitter.com/IOLe59u2RC

“I want to test for what students DO know not what they do not know” #googlemath @mathdiana pic.twitter.com/VvNZdzUm3j

.@mathdiana sharing how students slow down and think about the Process when using Google Slides. #googlemath pic.twitter.com/LARk2yFdX1

Just had class code a robot for add/subtract integers. They loved it & finally understand and can see subt of neg int! #googlemath

Love having using technology students use technology with their Fibonacci Lab #googlemath pic.twitter.com/AHrKssXyRF

Getting ready for a Fibonacci lab using fossils #googlemath pic.twitter.com/EMjBaKwove