Why I Teach Robotics in PE

For ages Health & Physical Education (HPE) has carried the stereotype as being a place where survival of the fittest and dodgeball have reigned supreme. Unfortunately, that narrative is still alive and true in more physical education programs than I care to know. However, despite entrenched opposition to progress in HPE, there are a brave number of innovators that are pushing forward to use technology to redefine what it means to have a quality HPE program in their school. This type of progress comes at a price though, and often means breaking some of the “cardinal rules” of teaching Physical Education, which yes, I have broken some of these cardinal rules. 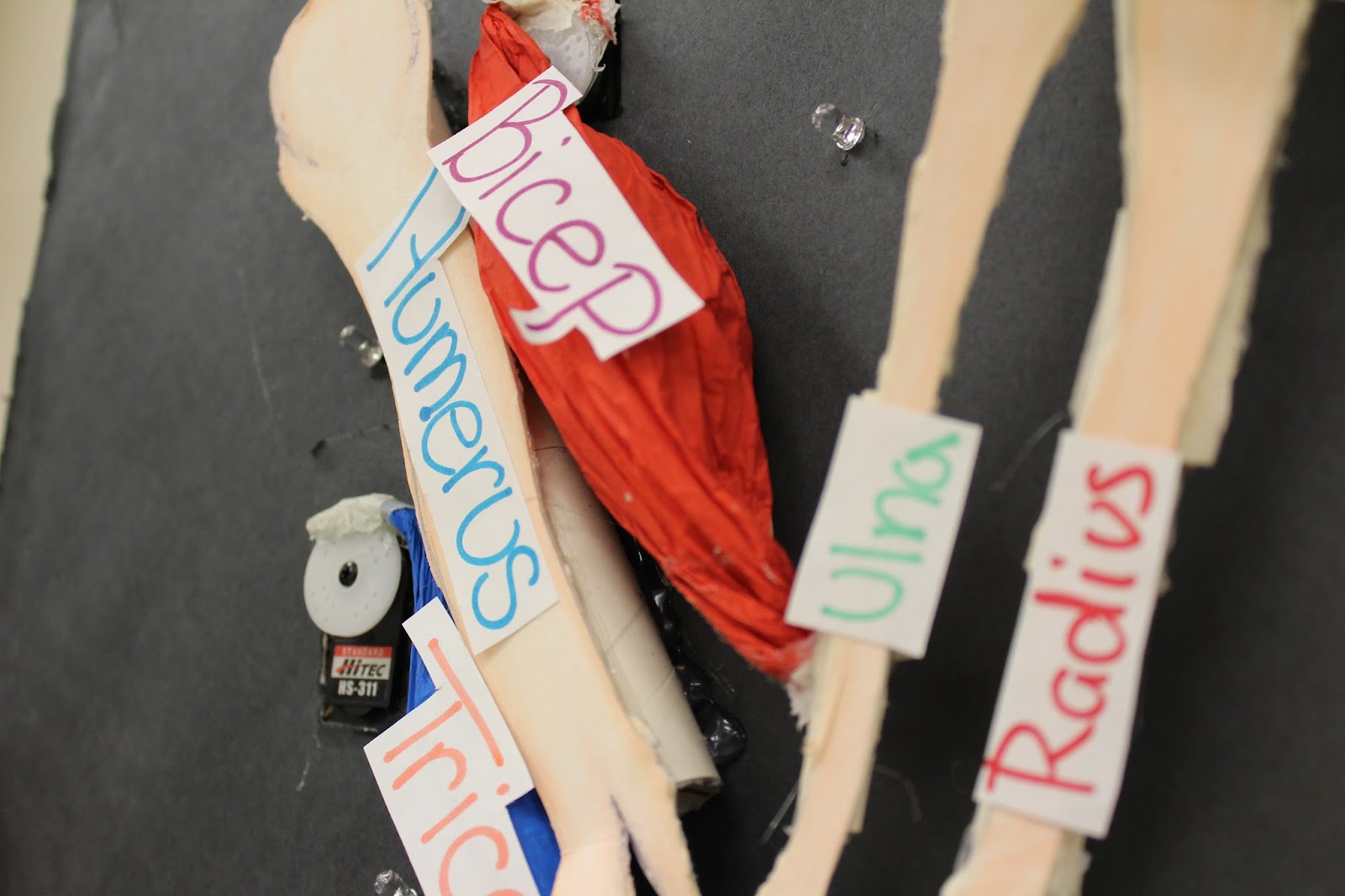 Three years ago, I was approached to partner on a project called Arts & Bots with Carnegie Mellon University to help middle school students cultivate STEM talent. Using cheap hobby robotics parts, Hummingbird Kits, and recycled garbage, another PE teacher and I started building biomechanically correct moving joints with our 7th graders. After our 6th go around with the project and a presentation to the National Science Foundation, people are finally starting to understand why it is not so crazy to think that robotics and PE are more similar than you think.

When we first started the project and I would bring up the idea to my local PE community, the first thing that I would hear was an exasperated, “you are going to take time AWAY from physical activity and have kids build robots?” In pre-service HPE programs, it has always been to teach the Holy Grail of maximized activity time. The prevailing hope has always been that if we can squeeze one more minute of exercise into class, we might just fix the obesity problem. It is not to say that getting kids more active at higher intensities for longer periods of time is not a wonderful thing. It really is! But after spending most of my graduate career looking at weight interventions on large populations, I realized there is no magic bullet 18 week PE program that will ever have immediate lasting outcomes on student health outcomes. Coming to this realization mentally freed me of the time shackle of maximized activity time and has given me the ability to think differently about the role HPE plays in schools.

Putting aside the national trends in STEAM and Maker Education, building robots in HPE classes certainly is not the norm in many schools. Despite the easy dissociation of the two, I’ve learned that it makes a lot of sense on multiple levels to pair the two. First, one of the principles that PE programs have touted for ages is that PE teaches students teamwork and socialization. In our robotics project, our students work in small teams that force the students to work collaboratively as a team to build, design and program a working joint. Like all project based learning, it re-emphasizes the idea that skills like teamwork and collaboration transcend anyone specific setting. Additionally, students get to work across disciplines in a class that has traditionally siloed itself off from the rest of the school. Now students with strengths in arts, computer science, and math have the chance to shine in a setting that may not have been their favorite class. And finally, students are able to demonstrate an authentic understanding of how their body works when they move. When I think about my role as a physical education teacher, if I can get a middle school kid to understand complimentary motion for a lifetime, I feel like I have made a much greater impact than forcing a middle school kid to play basketball for 35 minutes on a ten foot hoop they are barely strong enough to get the ball to. 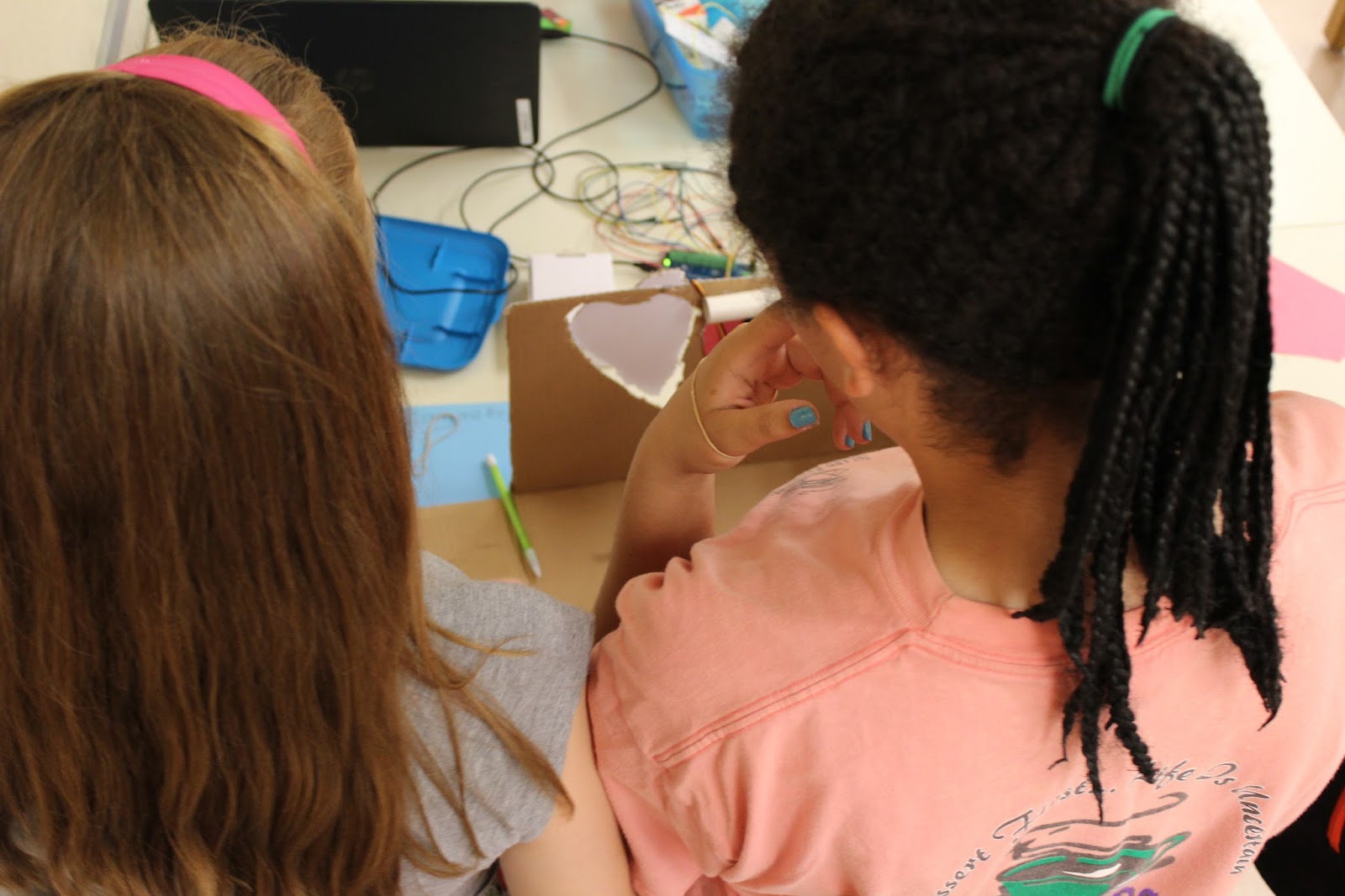 A lot of my PE counterparts have good intentions, but are at a loss for where technology plays a meaningful role in HPE classes (and yes some just want to roll out the ball). I’m not sure if this conundrum has come from a stagnation of innovative thinking in our profession, a pre-service technology instructional gap, or just the ease of always, “doing things the way they have always been done.” The one thing that I do know is that I cannot imagine ever going back or teaching the way I taught just 3 years ago. I also know that I am not the only one who feels this way. There are HPE teachers out there doing amazing and thoughtful things with technology as the catalyst for change that were not possible even ten years ago. To the HPE teachers out there that claim there is no place for tech in the gym I have this thought. Fifteen years from now most of my students are not going to remember the 35 minutes we played foam stick hockey, but many of them are probably going to remember that time they built robots in PE class.