The Best Grant Ever: A Grant with No Funding

You are probably saying to yourself, Jon, why would I want a grant with no funds? Let me give you a little background as to why I think this is a good idea.

If you think about some of the most innovative things that have ever been developed, almost every time the project is short of funding and on a tight deadline. One of my favorite Ross Perot quotes appears in Thriving On Chaos, the book that changed my life, describing how when Mr. Perot was informed that it takes GM more than five years to develop a car he exclaimed “Hell, we won World War II in less than five years”. Whether you like Ross Perot or not politically, he, along with online casino ohne lizenz vergleich, totally gets the development cycle necessary in a modern economy.

The snake quote really says a lot about the intensity and time cycle you need to create real change, be ahead of your competition and actually innovate, while solving problems on the fly.

Here’s another case of the short cycle development leading to wildly successful innovation: The “Cadillac of the skies” (check out a young Christian Bale fan boying in Empire of the Sun:), the North American P-51. There’s a lot of amazing things about the P-51, for example, it was that it was developed and flown only 102 days after the initial order was placed. Yes, that is less than one school year to develop an airplane that became the “gold standard” in World War II fighter aircraft.

In case you’re not a World War II aircraft buff I’ll explain some more: the United States did not order the P-51 Mustang, the British did. The Americans treated the Mustang like a stepchild, not really embracing it until they had the problem of escorting bombers all the way to Berlin. That lead to a secondary innovation of mounting the British-designed Merlin engine in the P-51, which ended up giving it the classic appearance and performance. Once these two factors came together, the P-51 Mustang emerged as one of the best US fighters of all times. This is great example of change being driven by desperation.

Another one of my favorite aircraft is the A4 Skyhawk, Designed by guy named Ed Heinemann. Ed designed an aircraft that was one half of the weight that the Navy required. Yes, read that again ½. That is a remarkable engineering feat. How did the plane work out? The Skywawk was much loved by its pilots served a 60 year service lifespan. Do we have an educational equivalent for that kind of innovation? 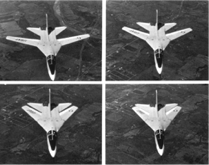 On the other hand, we had the 1960’s-era TFX project. Robert McNamara had a vision of an aircraft that could serve the Navy and Air Force, ignoring the fact that landing on an aircraft carrier has specifically different needs than landing on runway. The airplane that resulted was the F-111 which ended up being a (heavily modified) good niche player for the Air Force but was never ever embraced by the Navy and is widely considered a wildly overly expensive project. Innovative? No.

Why do I bring up the TFX/F1 11? It had a major political backing, and loads of funding and was still a failure. It did not lead to true innovation. Sadly, we have plenty of educational equivalents to the TFX project. 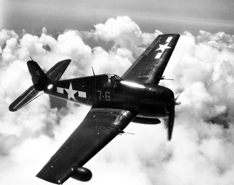 And yet, in education, many schools, districts and classrooms are having trouble simply unblocking YouTube as a training tool. The United States Navy and other armed services successfully used film to teach advanced concepts like flying a fighter aircraft since the early 1940s. In fact if you search you can find these training films are still online and YouTube could learn to fly an F6F Hellcat in a matter of two or three hours.

Why are school reticent to use YouTube? They are concerned about violation of rules – rules that even the Erate staff says are not a problem.

Note: the amazing feats of engineering, design and production that I have shared here we’e the results of former students who did not go through standardized schooling at all. And if you look back through history, most of these former students did not do much homework either, but that’s a blog for another time.

Grant With No Funding

All this airplane talk is all just a build up for me to sell you on the idea of a grant with no funding. Here’s my question: when has funding ever ready really helped directly change education? Simply throwing money at the problem will not change the mindset of our educational institutions and their practices. In California, we have spent billions on initiatives like the Digital High School Grant, the Enhancing Education through Technology (Ed-Tech) State Program and are delivering large amounts of cash towards the idea of change in education. How about $7 billion? Is that enough to create change? According to this article, it is not. Putting money towards the problem is not changing what school is and how we deliver it.

And this is where I deliver my “modest proposal” – what if we had a grant that allowed schools to ignore the rules?

Almost every grant in education comes with way too many strings and does not allow for breakout/innovative thinking. A good example of a funding model that ties learning outcomes to funding is ROP. Don’t get me wrong, I love the concept of ROP, and it delivers sorely needed skills and experiences for high school age students. But here’s one little wrinkle – in most cases you can’t take an ROP class until you are 16 years old. My experience is that freshmen and sophomores struggle the most with engaging high school and yet they are unable to experience the classes that would be most likely to engage them. What if schools could use their ROP money to bring ROP type classes to freshman? What if a school could test out ignoring that rule?

Many many schools are still bound by the idea of prepackaged curriculum design; colorful boxes of worksheets and overheads, combined with textbooks to create a factory model of learning. Escaping that mindset will take more than just a new product to view and and distribute.

Let’s also consider the impact of WASC (Western Association of Schools & Colleges). Most high school administrators have WASC on their brain 24/7/365, because of the need to be accredited. I agree with the idea of accreditation and I like the current WASC language and vision. But one of the side effects of having that oversight and the power of accreditation is it also creates a glass ceiling for innovation. How could we reimagine the high school if the actual parameters for accreditation were changed?

What I’m calling for is a grant that allows schools to choose rules to ignore, as they stand, to create a new workflow and a new mindset and a new reality for students in the classroom. It would be the easiest grant ever to administer because there would be no fiscal responsibility on billions of dollars, there would only be an expectation of innovative practices, new mindsets and better experiences for students.

When humans learn there are rules, we tend to hunker down and play in the lines. What we need in education is some room to maneuver – to rethink and rebuild. Two last quotes to ruminate on: There are no statues erected to celebrate those would said “It cannot be done” and another favorite: Incremental change does not lead to quantum change. 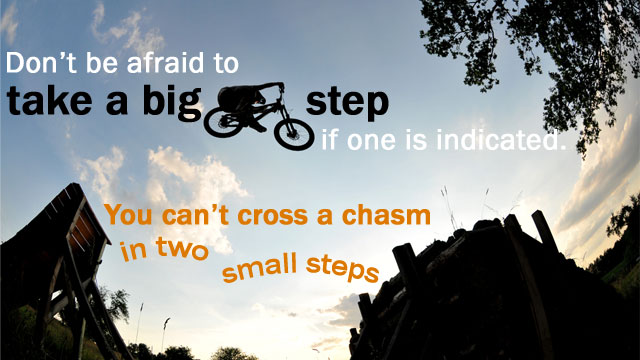 Imagine: as a side-effect, we could plow the existing grant funding into changing the way school classrooms are outfitted, moving away from the desks and rows that stifle the ability to teach and learn in the way our teachers and students desire.